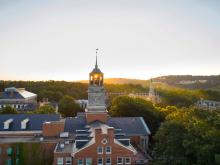 As part of the $2.2 trillion pandemic relief CARES Act enacted in spring 2020, states received $150 billion in general assistance via the Coronavirus Relief Fund. Within limits tied to the pandemic, the Relief Fund is meant to be flexible, and allowing states, U.S. territories, and tribal governments to direct money where it is most needed.

In exchange for the money – no state got less than $1.25 billion – governments are required to document how they are spending it. Unfortunately, the rules governing that disclosure are very vague, and many states are failing to disclose their uses.

Texas, for example, got $8 billion but has no publicly available information on how the money was spent – it lists only how much cities and counties received in the aggregate. In Florida, it’s essentially the same story with its $5.86 billion.

But one positive outlier has been Alabama.

The state, which received $1.9 billion, is a shining example of how states could—and should—be disclosing their Coronavirus Relief Fund (CRF) expenditures. The state has a page completely dedicated to CRF, including a matrix that first allows you to see how much funding each state agency was given. It then drills down further, and documenting which projects the agencies chose to fund, with dollar amounts by project.

For instance, the database allows you to see the budget and recipients for the state’s Independent College Program for private institutions. The program was budgeted at $19.5 million, and its largest recipient was Samford University at $6.7 million.

Shining a light on CRF uses empowers residents to decide whether they want to advocate for themselves. Maybe they think funds should go to a different program that benefits a different community, or maybe they won’t mind that aid is going to private universities.

Transparency often is the result of public pressure, which definitely helped here. In particular, the non-profit good government group Alabama Arise has been pushing hard to open the books on pandemic relief spending, including the CARES Act and the follow-up American Rescue Plan Act.

In July, the organization, along with 41 others, sent a letter to Alabama’s governor outlining six principles to guide the state’s use of ARPA funds, including one that emphasized the necessity of disclosure:

“Spending taxpayer dollars is always a tremendous responsibility. When it comes to spending billions in a short time, the potential for slow uptake, poor decisions and misuse only increases. Alabama can ensure that the generous ARPA funds do their appointed job by establishing clear guidelines and full disclosure for the entire funding process, from eligibility of applicants to allocation decisions to project expenditures and results.”

Every resident should be able to learn, with a simple internet search, how their states spend CRFs.

The same applies to the Coronavirus State and Local Fiscal Recovery Fund, the $350 billion pot states, territories and tribes got through the American Rescue Plan Act (ARPA). In the near future, Good Jobs First will be scrutinizing every state’s CRF and ARPA transparency, or lack thereof, calling out states where there is room for improvement and drawing attention to ones doing it well.

Millions of people continue to suffer from the pandemic’s long-lingering effects, facing continued job loss and underemployment, food instability and the loss of housing. Is the money reaching them? What about small businesses still struggling to reopen or stay afloat? Or schools to make sure students are safe back inside classrooms?

Until we all know how and where the money is being spent, we can’t begin to assess whether it reached those who need it the most.