In addition to aid like unemployment insurance and business loans, Uncle Sam is disbursing hundreds of billions to help the economy recover from impacts caused by a global pandemic and widespread economic shutdown. The Delta variant has sparked renewed hardships.

Or not. Unfortunately, there are already some instances where states seem to be setting different priorities.

Tennessee and Kentucky plan to put their money toward tax cuts. Though the ARPA supposedly forbade states from using the emergency relief money to fund tax cuts, both states sued for that right and won. (See letter to the Department of the U.S. Treasury urging rules prohibiting states from using ARPA money for economic development subsidies). 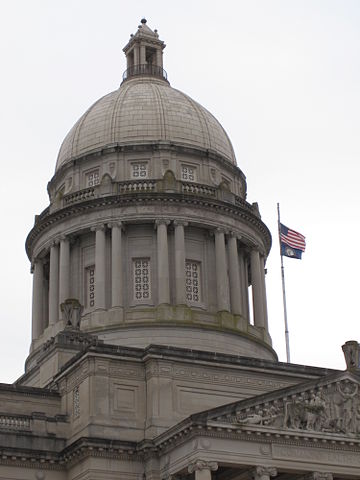 An article by the Associated Press exposed Alabama’s tentative plan to use $400 million of its emergency money to build at least three new prisons. Republican legislators argued that the project would allow them to avoid spending state revenue and incurring interest costs on a loan. Critics of the plan say the spending fails to address the bigger problems with the state’s justice system. Policy analysts at Alabama Arise say the money would be better spent on public services, like childcare programs or Medicaid expansion.

There are also states seemingly taking advantage of the influx of cash by creating or expanding unnecessary incentive programs. Utah recently expanded its film tax credit program. Michigan lawmakers are pushing to bring back the state’s film incentive program, citing job creation as the main reason for its revival, even though it discontinued the previous iteration that cost $475 million and funded some failed projects.

The Keystone Research Group, Every Texan, and other better-economy watchdogs have noticed this trend and are acting. They have published briefs and tool kits and that give guidance to lawmakers on how they can best use CSLFRF money, with suggestions like funding healthcare systems and asking constituents for their input on spending strategies.

Decision makers will continue to spend this money however they want unless we start holding them accountable. That requires first and foremost knowing how the money is being spent. We’ll have more information on that soon.

Corporations and business interests have their lobbyists, pushing for how the money should be spent. Individuals and groups that want to see the money go toward its intended use – helping those most harmed recover with safe workplace conditions, better childcare, secure housing, and more – must be heard, too.